In the morning of 22nd December, the inauguration of Provincial Chinese Language Education Centre was held in the Film Building of Haikou University of Economics. Around 200 guests attended the ceremony which was presided over by Prof. Peng Jingyi, Executive President of HUE. With much warm applause, the plaque of the centre was unveiled jointly by distinguished guests from the Provincial Overseas Chinese Affairs Office and Provincial Department of Education, as well as Prof. Cao Chengjie, Chairman of HUE.
In the ceremony, Ms. Zhu Yuhua, Director from the Provincial Overseas Chinese Affairs Office, congratulated HUE for being authorized to establish the Chinese Language Education Centre and fully approved the achievements made by HUE staff. She expressed her sincere hopes that HUE could make full use of the brand reputation of the centre and combine with the advantages and characteristics of the university to explore new ways of development. At last, she encouraged HUE to take the initiative to build the centre better and better.
Prof. Chen Xiao, President of HUE, delivered a speech at the inauguration. He reviewed the achievements HUE has gained on Chinese language education since 2018. He said that the approval of establishment of the Provincial Chinese Language Education Centre is a result of the joint efforts of our teachers and students. It represents the support and the trust of the Provincial Overseas Chinese Affairs Office and Provincial Department of education. What’s more, the inauguration marks the beginning of a new journey in Chinese education work of HUE. In the future, the university will continue to explore new ways to improve the quality of international  students and teachers, and to expand the breadth and depth of Chinese language promotion and Chinese traditional culture dissemination, as well as promote the further development of Chinese language education in Hainan Province.
Mr. Xing Kongzheng, Deputy Director General of the Provincial Department of Education, Mr. Li Sen, Vice President of Hainan Normal University were also present at the inauguration. 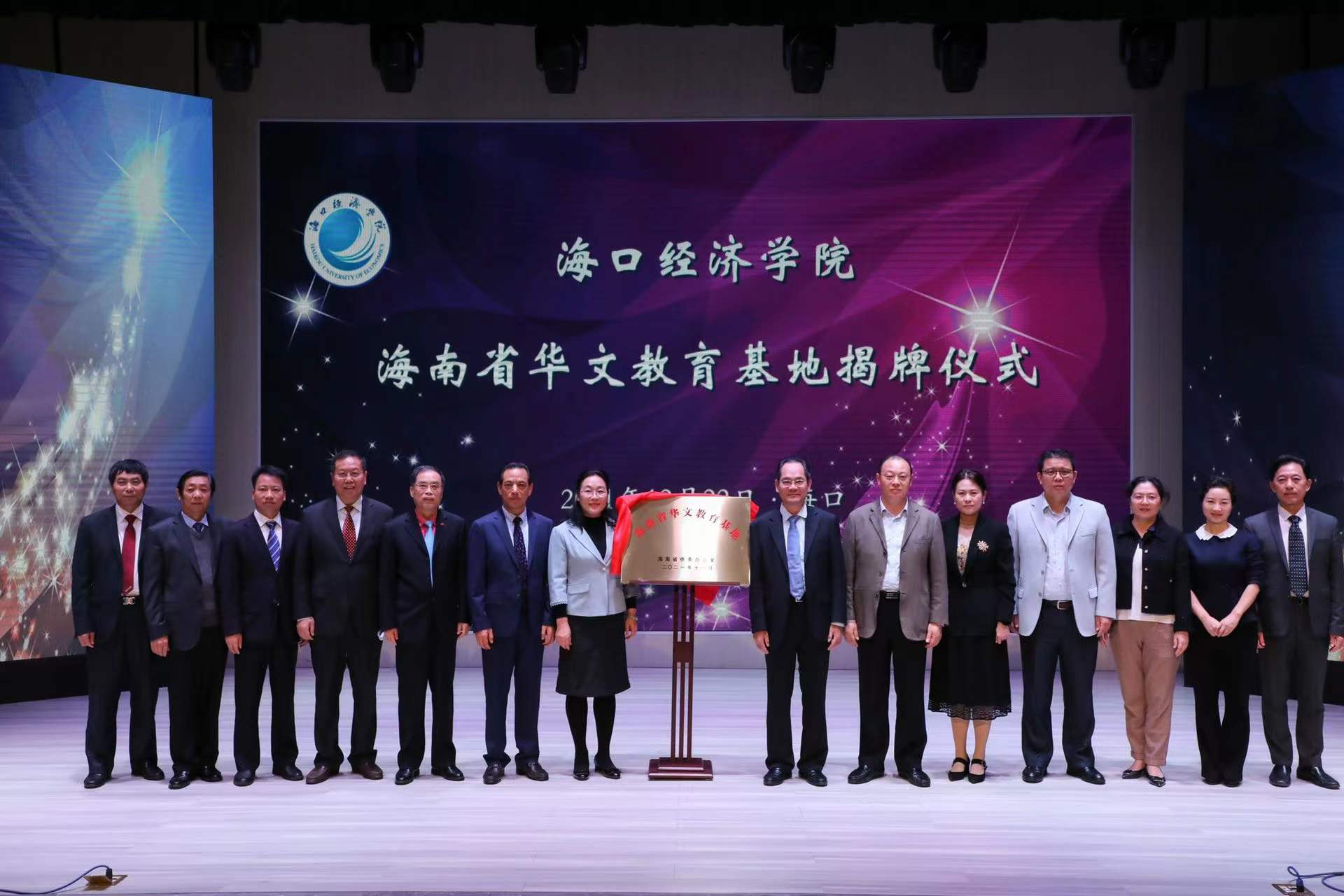