FROM: Office of International Exchange and Cooperation 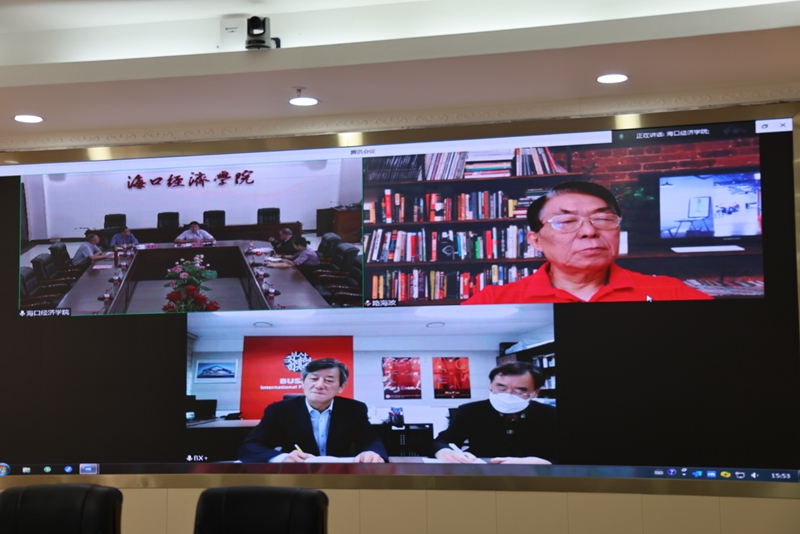 On the afternoon of June 16th, Haikou University of Economics (HUE) held a webinar and signed an MOU with Busan International Film Festival (BIFF), South Korea, aiming to enhance cooperation with the South Korean film industry in the future.

Both sides see the great potential of this cooperation for talent cultivation in the film industry. As Prof. Zhu introduced, HUE has rich experience in international exchange and cooperation based on cultural and geographical advantages as well as the background of China’s BRI policy.

‘By now, HUE has established cooperation with over 60 education institutions from South Korea, Germany, Thailand, and others. And 40 overseas universities have signed cooperation agreements with us. Since then, our university has become an important icon of the international exchanges in Hainan Free Trade Zone’, said Prof. Zhu.

Given this, the cooperation between HUE and BIFF will bring more benefits for cultural exchanges, creation, and film education, and can be observed as a huge platform for academic communication in the future.